The Phoenix Suns invade the United Center to take on the Chicago Bulls on Friday night.

The Phoenix Suns have been in great shape lately as they’ve won 12 of their past 15 games, but they will be hoping to bounce back after having their three-game win streak halted by the Hornets in a 124-121 home loss on Wednesday. Devin Booker led the team with 33 points on 13 of 24 shooting, Chris Paul added 20 points with eight rebounds and 10 assists while DeAndre Ayton chipped in with 16 points and 10 rebounds. As a team, the Suns shot 50 percent from the field and 14 of 38 from the 3-point line as they squandered an early 17-point lead and fell behind by 11 points in the fourth quarter, before rallying to tie the game late but it wasn’t enough as the Hornets recovered to escape with the win late.

Meanwhile, the Chicago Bulls have been in pretty good form lately as they’ve won five of their last six games and they will be aiming for a fourth straight victory after outlasting the Timberwolves in a 133-126 overtime win on Wednesday. Zach LaVine led the team with 35 points on 14 of 21 shooting, Coby White added 20 points with eight rebounds and six assists while Wendell Carter Jr. chipped in with 17 points, 10 rebounds and two blocks. As a team, the Bulls shot a sizzling 59 percent from the field and 10 of 25 from the 3-point line as they surrendered an early 14-point deficit, before making up for their mistakes in the overtime period where they held the Timberwolves to just seven points to win easily in the end. 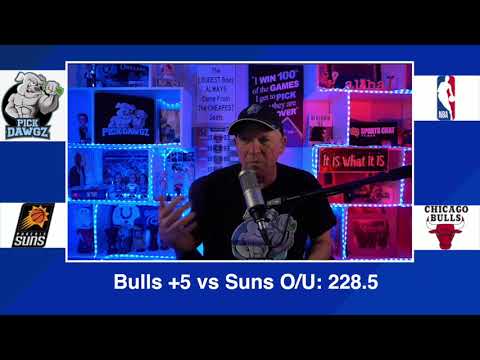