The Toronto Raptors play host to the Houston Rockets at the Amalie Arena on Friday night.

The Houston Rockets have been in a serious slump lately as they will be hoping to snap a nine-game skid after getting blown out by the Cavaliers in a 112-96 road loss on Wednesday. John Wall led the team with 20 points, Victor Oladipo and Eric Gordon each scored 17 points while Danuel House Jr. chipped in with 14 points. As a team, the Rockets shot just 40 percent from the field and 10 of 33 from the 3-point line as they rallied back from an early 11-point deficit to take the lead at halftime, only to get blown out in the second half where the Cavaliers poured in 64 points.

Meanwhile, the Toronto Raptors have split their last eight games and they will be hoping to avoid a third straight defeat after falling to the Heat in a 116-108 road loss on Wednesday. Fred VanVleet led the team with 24 points and seven assists, Kyle Lowry added 24 points with eight assists on nine of 13 shooting while Norman Powell chipped in with 17 points. As a team, the Raptors shot 50 percent from the field and 20 of 44 from the 3-point line as they got off to a quick start thanks to 12 points from Lowry in the first quarter, only to fall just short in the fourth quarter where the Heat’s Jimmy Butler scored 14 of his 27 points.

The Rockets have been the coldest team in the league since Christian Wood went down as they haven’t been able to buy a win lately, while the Raptors were playing some of their best basketball of the season before dropping their last two games. It’s tempting to take the Rockets with the handy start, but they are just 1-8 ATS in their last nine games overall and 1-5 ATS in their last six road games, so I think the smarter play is with the much more reliable Raptors to get back to winning ways here. 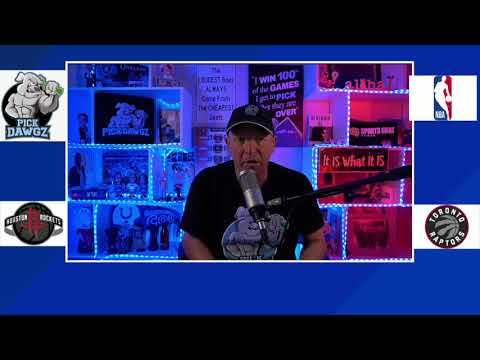