The San Antonio Spurs are the much better team when healthy and the Thunder have been rough as of late. However, the Spurs are playing this game with a ton of players out, including their top two players in DeRozan and Aldridge. If the Oklahoma City Thunder can't win this game at home, there's not many games they're capable of winning the rest of the way. I'll lay the bucket with OKC at home. 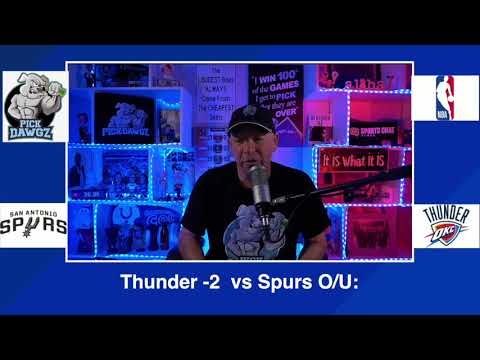