The Boston Celtics pay a visit to the Atlanta Hawks at the State Farm Arena on Wednesday night.

The Boston Celtics have really ben struggling lately as they’ve lost five of their past seven games and they will be hoping to avoid a third straight defeat after last night’s 110-107 road loss to the Mavericks. Jaylen Brown led the team with 29 points, seven rebounds and five assists, Jayson Tatum added 28 points with six rebounds and four assists while Kemba Walker chipped in with 21 points, but no other player finished in double figures in scoring. As a team, the Celtics shot 47 percent from the field and 12 of 39 from the 3-point line as they rallied back from a 12-point deficit to take the lead late in the fourth quarter, only to see the game slip from their hands as the Mavericks’ Luka Doncic drained the game-winning 3-pointer with just 0.7 seconds left on the clock.

Meanwhile, the Atlanta Hawks have been in a rut themselves as they’ve lost nine of their past 12 games and they will be hoping to bounce back after last night’s heartbreaking 112-111 road loss to the slumping Cavaliers. Trae Young led the team with 28 points and 12 assists on nine of 27 shooting, Kevin Huerter added 22 points while John Collins chipped in with 13 points in just 13 minutes of action before leaving the game to be evaluated for concussion. As a team, the Hawks shot 44 percent from the field and 14 of 31 from the 3-point line as they fought hard to take the lead late in the fourth quarter, before Young missed a crucial floater that led resulted in the Cavaliers stealing the game on a game-winning dunk from Lamar Stevens with just 4.1 seconds remaining.

Head to head, the over is 10-4-1 in the last 15 meetings overall and the Celtics are 4-0 ATS in the last four meetings in Atlanta.

The Celtics have really struggled ever since Marcus Smart went down with injury and they will be low on confidence after last night’s heartbreaking loss to the Mavericks, while the Hawks are in a similar position as they lost by one point to the lowly Cavaliers last night. It’s tricky to pick between these two teams who have been struggling lately, but John Collins is listed as questionable for the Hawks, so I’m leaning towards the Celtics to take advantage with a much-needed road win here. 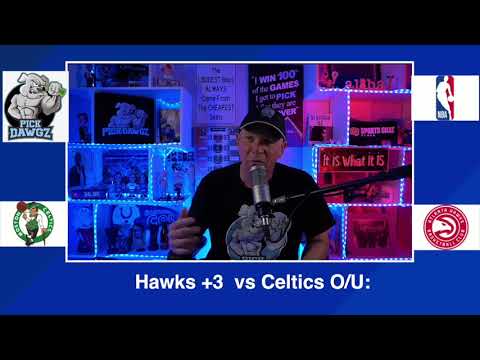