The Sacramento kings invade the Barclays Center to take on the Brooklyn Nets on Tuesday night.

The Sacramento Kings have been in a serious rut as they will be hoping to put an end to a seven-game skid after getting routed by the Bucks in a 128-115 road loss on Sunday. Tyrese Haliburton led the team with 23 points and eight assists off the bench, Daquan Jeffries added 18 points while De’Aaron Fox and Buddy Hield each scored 13 points. As a team, the Kings shot 44 percent from the field and 12 of 33 from the 3-point line, but they were always fighting an uphill battle after allowing 42 points in the second quarter to fall behind by 14 points at halftime and by as many as 23 points in the third quarter.

Meanwhile, the Brooklyn Nets have been in terrific form lately as they will be looking to build on their current six-game win streak after sneaking past the Clippers in a 112-108 road win on Sunday. James Harden led the team with 37 points, 11 rebounds and seven assists, Kyrie Irving added 28 points with eight assists while Joe Harris and DeAndre Jordan each scored 13 points. As a team, the Nets shot 47 percent from the field and 11 of 38 from the 3-point line as they dominated most of the game to lead by as many as 15 points, before escaping with the narrow win as Harden drained the clutch free throws with 7.3 seconds remaining.

The Kings have been ice-cold lately and it just looks like they couldn’t have picked a worse time to be taking on the Nets, even though they’re shorthanded. Fox and Hield have not been consistent at all for the Kings who just got blown out by the Bucks, while Harden and Irving just carried the Nets to a tough win over the red-hot Clippers. The Kings are only 2-10 ATS in the last 12 meetings in Brooklyn and I think that trend continues here as the Nets, even without Kevin Durant, should be too good for the slumping Kings. 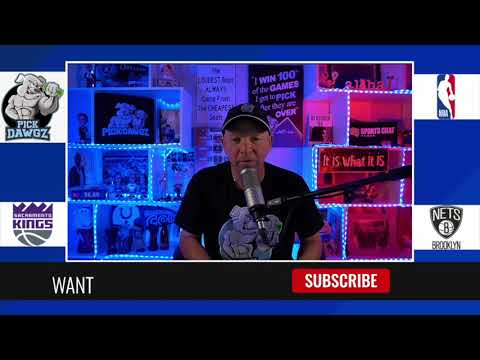