Where to Watch: TNT, Altitude Stream live sports and exclusive originals on ESPN+. Sign up now!

The Portland Trail Blazers and Denver Nuggets meet Tuesday in NBA action at the Ball Arena.

The Portland Trail Blazers are coming off back to back losses where the defense didn't look good, and they're still a banged up basketball team, something playing on the end of a back to back doesn't help. We're sure to see some tired legs from these Trail Blazers. The Denver Nuggets are starting to heat up offensively with 50.4 percent shooting in their last five games and they win at home by an average of 5.3 points. I'll lay the reasonable chalk with the Nuggets at home. 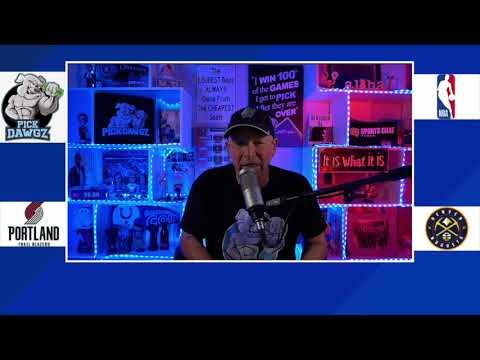