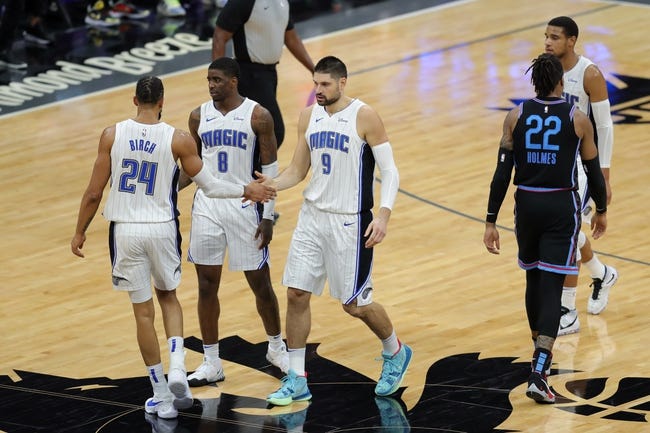 The Detroit Pistons pay a visit to the Orlando Magic once again at the Amway Center on Tuesday night.

The Detroit Pistons have been in a rut lately as they’ve lost eight of their last 11 games and they will be hoping to snap a three-game skid after getting stopped by the Magic in a 105-96 road loss on Sunday. Jerami Grant led the team with 24 points on eight of 16 shooting, Josh Jackson added 17 points off the bench while Saddiq Bey chipped in with 11 points and eight rebounds. As a team, the Pistons shot just 37 percent from the field and 11 of 40 from the 3-point line as they managed to stay in the contest despite falling behind early. However, other than a burst in the third quarter, they were always playing from behind against the Magic who were led by 37 points from Nikola Vucevic.

Meanwhile, the Orlando Magic have come to life with four wins in their last five games and they will be looking to build on a three-game win streak after Sunday’s win over the Pistons. Nikola Vucevic led the team with 37 points, 12 rebounds and two blocks on 14 of 27 shooting, Evan Fournier added 29 points with seven rebounds and seven assists while Terrence Ross chipped in with 17 points off the bench. As a team, the Magic shot 43 percent from the field and nine of 30 from the 3-point line as they rode the hot hand of Vucevic and Fournier in a game where both teams were missing plenty.

It’s always tough to beat the same team twice in a row, but the Magic are clearly the team in better form at this stage of the season. I’m sure the Pistons can pull off the upset if they get a big game from Grant, but they’re going to need more scoring from other players and I just don’t see it. With the line so short, I’m sticking with the Magic to continue their nice run with a solid win here.