The Boston Celtics and the Dallas Mavericks duke it out at the American Airlines Center on Tuesday night.

The Boston Celtics have been in a funk lately as they’ve lost four of their last six games and they will be hoping to bounce back after falling just short to the Pelicans in a 120-115 overtime road loss on Sunday. Jayson Tatum led the team with 32 points and nine rebounds on 10 of 24 shooting, Jaylen Brown added 25 points with nine assists while Tristan Thompson and Kemba Walker each scored 14 points. As a team, the Celtics shot just 39 percent from the field and 10 of 37 from the 3-point line as they squandered a 24-point lead, before going ice-cold in the overtime period where they managed just seven points. Walker had a night to forget as he shot just five of 21 from the field and one of 12 from the 3-point line.

Meanwhile, the Dallas Mavericks have been in great form lately as they’ve won six of their past eight games and they will be looking to stay hot after last night’s 102-92 home win over the Grizzlies. Tim Hardaway Jr. led the team with 20 points on nine of 14 shooting off the bench, Luka Doncic added 21 points with seven rebounds and five assists while Jalen Brunson chipped in with 19 points. As a team, the Mavericks shot 43 percent from the field and 15 of 41 from the 3-point line, but this win was set up by their defense as they were always comfortable after holding the Grizzlies to just 13 points in the first quarter as they dominated early on to lead by as many as 23 points.

Kristaps Porzingis sat outlast night due to tightness in his lower back and is listed as questionable for Tuesday. The Celtics haven’t quite looked like themselves ever since Marcus Smart went down and it doesn’t help that Walker has been so inconsistent this season. This is a tough one to pick as the Mavericks have been in fine form, but the Celtics are 6-2 ATS in the last eight meetings overall and I think they can escape with the much-needed win despite their recent struggles. 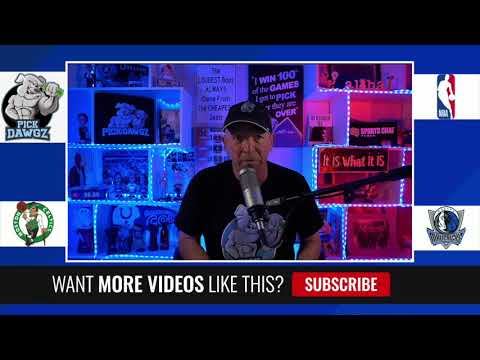