The Portland Trail Blazers and Phoenix Suns meet Monday in NBA action at the PHX Arena.

The Portland Trail Blazers are relying more and more on Lillard to lead the way with all of their injuries and it gets tougher as the competition increases. The Phoenix Suns have not only been money against the spread dating back to the NBA bubble, but they're also winning their last five games by an average of 14.6 points while shooting 54 percent from the field. With their injuries, the Trail Blazers don't have the offensive horses to survive this contest. I'll lay the reasonable chalk with the Suns. 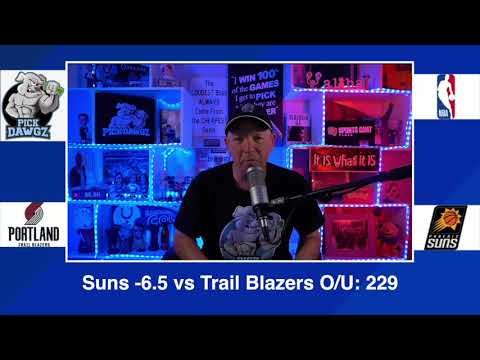