The Memphis Grizzlies and the Dallas Mavericks duke it out at the American Airlines Center on Monday night.

The Memphis Grizzlies have been in decent shape as they’ve won four of their last seven games, but they will be looking to bounce back here after getting routed by the Suns in a 128-97 home loss on Saturday. Gorgui Dieng led the team with 15 points off the bench, Ja Morant scored just 12 points with five assists while Jonas Valanciunas chipped in with 10 points and 12 rebounds. As a team, the Grizzlies shot just 38 percent from the field and a miserly five of 33 from the 3-point line as they got off to a rough start with just 15 points in the first quarter, before getting blown out in the second quarter to put them behind by 31 points going into halftime. The Grizzlies matched the Suns in the second half, but you can count all those buckets as garbage buckets as this game was already over before halftime.

Meanwhile, the Dallas Mavericks have been in pretty good form lately as they’ve won five of their last seven games, but because their last game was postponed, they haven’t seen the court since their 121-118 loss to the Trailblazers last Sunday. Luka Doncic led the team with 44 points, seven rebounds and nine assists, Kristaps Porzingis added 18 points while Dorian Finney-Smith chipped in with 14 points. As a team, the Mavericks shot 49 percent from the field and 14 of 41 from the 3-point line as they cut a 14-point deficit to just one point with 1:22 remaining, only to fall victim to Damian Lillard and Carmelo Anthony who delivered down the stretch for the Trailblazers.

Head to head, the over is 4-1 in the last five meetings overall.

The Grizzlies were in pretty good form before getting destroyed by the Suns in their last outing and they will be especially eager to get back on the court as they haven’t played since Saturday. The Mavericks are in a similar situation as they haven’t played since Sunday and they were building some nice momentum before falling victim to another Damian Lillard highlight finish. I can see why the Mavericks have opened as favorites at home, but they are just 5-16 ATS in their last 21 home games, so I’m more inclined to lean towards the young Grizzlies who are coming off one of their worst losses of the season. 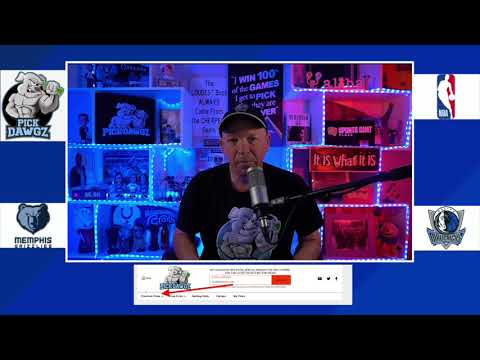