The Cleveland Cavaliers play host to the Oklahoma City Thunder at the Rocket Mortgage Fieldhouse on Sunday night.

The Oklahoma City Thunder have been in a real slump lately as they’ve lost six of their past seven games and they will be hoping to put a halt to a three-game skid after getting routed by the Bucks in a 98-85 road loss on Friday. Luguentz Dort led the team in scoring with 17 points, Shai Gilgeous-Alexander added 16 points with five assists while Al Horford chipped in with 10 points. As a team, the Thunder shot just 36 percent from the field and 12 of 40 from the 3-point line as they got off to a nice start by holding the Bucks to just 16 points in the first quarter, before getting blown out in the second and third quarters by a combined 62-42. Gilgeous-Alexander shot just four of 13 from the field while Horford shot just four of 14 from the field.

Meanwhile, the Cleveland Cavaliers have been in a world of hurt lately as they’ve lost 13 of their last 15 games and they will be hoping to put an end to a nine-game skid after getting routed by the Nuggets in a 120-103 home loss on Friday. Collin Sexton led the team with 23 points, Jarrett Allen added 20 points on eight of nine shooting while Darius Garland and Isaac Okoro each scored 14 points. As a team, the Cavaliers shot 47 percent from the field and 12 of 31 from the 3-point line, but the writing was on the wall early in this one as they never looked threatening after falling behind by 19 points going into halftime as they had no answer for the Nuggets’ Jamal Murray who poured in 50 points on 21 of 25 shooting.

Head to head, the Thunder are 5-2 ATS in the last seven meetings overall.

The Thunder have been struggling lately and their confidence will be low after scoring just 85 points in their loss to the Bucks on Friday, while the Cavaliers have been the coldest team in the league and just got blown out by the Nuggets. You really couldn’t bet your money on either team with much confidence, but the Thunder are 6-2 ATS in their last eight road games and I’m leaning towards them to snap out of their funk with a much-needed win here. 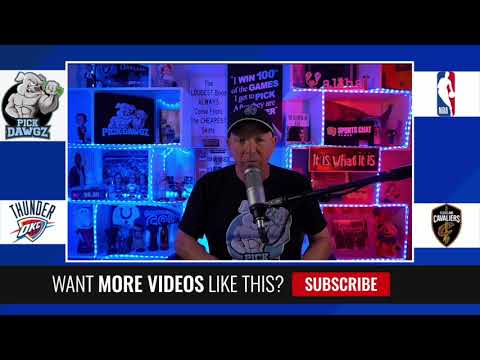