The Minnesota Timberwolves have been in rough shape lately as they’ve lost seven of their past eight games and they will be hoping to snap a three-game skid after falling short against the Raptors in a 86-81 home loss on Friday. Karl-Anthony Towns led the team with 19 points, 13 rebounds and four assists, Malik Beasley added 13 points while Jordan McLaughlin chipped in with 11 points, but no other player finished in double figures in scoring. As a team, the Timberwolves shot just 38 percent from the field and nine of 38 from the 3-point line as they rallied back from a 19-point deficit to lead by as many as eight points, before going ice-cold in the fourth quarter where they managed just 17 points as the Raptors ran them down.

Meanwhile, the New York Knicks have been in pretty good form lately as they’ve won five of their past eight games and because their last game was postponed, they haven’t played since their 107-89 road loss to the Magic on Wednesday. Julius Randle led the team with 25 points on 11 of 19 shooting, RJ Barrett added 15 points while Elfrid Payton chipped in with 13 points but no other player finished in double figures. As a team, the Knicks shot just 37 percent from the field and seven of 27 from the 3-point line as they got off to a quick start with 32 points in the first quarter, before getting thoroughly outpaced the rest of the way as they managed just 33 points in the second half.

Head to head, the under is 5-2 in the last seven meetings overall.

The Timberwolves have struggled to win games lately and their confidence will be low after scoring just 81 points in their loss to the Raptors on Friday. The Knicks have quietly been playing some of their best basketball of the season and they will be well-rested as they haven’t played since Wednesday. This is a tough game to pick, but I’m sticking with the Knicks to bounce back with a solid win here. 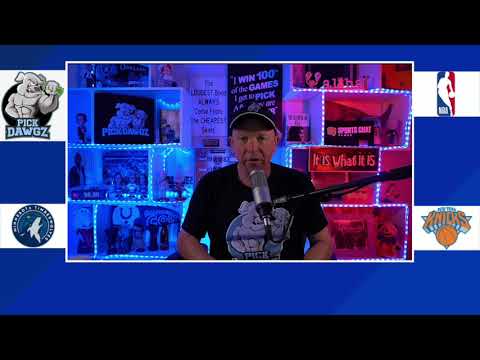