The Detroit Pistons and the Orlando Magic duke it out at the Amway Center on Sunday night.

The Detroit Pistons have been struggling lately as they’ve lost seven of their past 10 games and they will be hoping to snap a two-game skid after getting routed by the Grizzlies in a 109-95 road loss on Friday. Jerami Grant led the team with 16 points, Delon Wright added 16 points on six of seven shooting, Saddiq Bey scored 14 points while Mason Plumlee chipped in with 10 points with 15 rebounds and six assists. As a team, the Pistons shot just 41 percent from the field and 14 of 45 from the 3-point line as they struggled early and were always fighting an uphill battle after scoring just 17 points in the first quarter to fall behind by as many as 21 points. To add insult to injury, Delon Wright is listed as doubtful for Sunday with a right adductor strain.

Meanwhile, the Orlando Magic have been in decent form lately as they’ve won three of their past four games and they will be aiming for a third straight victory after sneaking past the Warriors in a 124-120 home win on Friday. Nikola Vucevic led the team with a triple-double of 30 points with 16 rebounds and 10 assists, Evan Fournier added 28 points with six assists while Terrence Ross chipped in with 24 points off the bench. As a team, the Magic shot 48 percent from the field and 18 of 43 from the 3-point line as they squandered an early 17-point lead, before escaping with the narrow win as they closed the game on a crucial 18-8 run in the final 4:04.

The Pistons have struggled with injuries all season and they’re even more shorthanded now that Blake Griffin is resting on the trading block, while the Magic have come to life with three wins in their last four games and just took down the in-form Warriors thanks to a monster triple-double from Vucevic. It’s not much to go off of, but the Magic have found a bit of a form here and I think they can keep the momentum going with another win and cover. 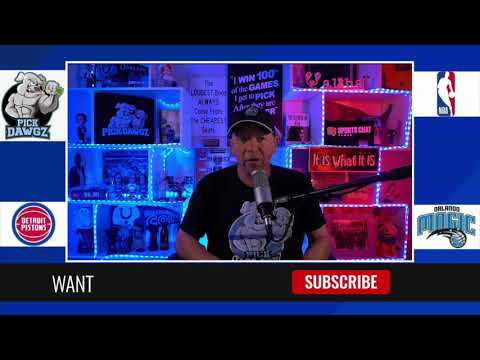