The Washington Wizards and Portland Trail Blazers meet Saturday in NBA action at the Moda Center.

The Washington Wizards are playing their best ball of the season, but they're still one of the worst defensive teams in the league and are losing on the road by an average of 8.1 points. The Portland Trail Blazers are a banged up basketball team still, but Lillard is putting this club on his back and is winning their last five games by an average of 7.8 points. The Wizards still have a lot more showing and proving to do. I'll lay the bucket with the Trail Blazers. 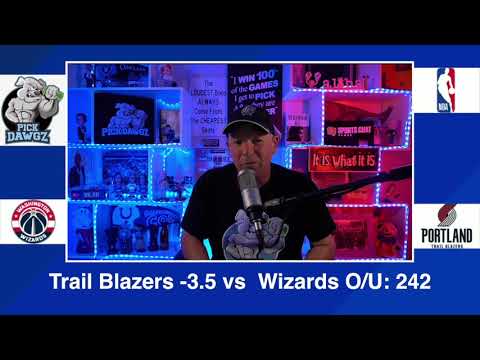