The Phoenix Suns have not only been the most profitable team dating back to the NBA bubble, but they're winning their last five games by an average of 6.2 points while shooting 52.8 percent from the field. The New Orleans Pelicans continue to be one of the more disappointing teams in the league, and it doesn't help that they're 12-16 against the spread. You can make a strong argument this line should be a lot steeper than it is. I'll gladly lay the small chalk with the Suns. 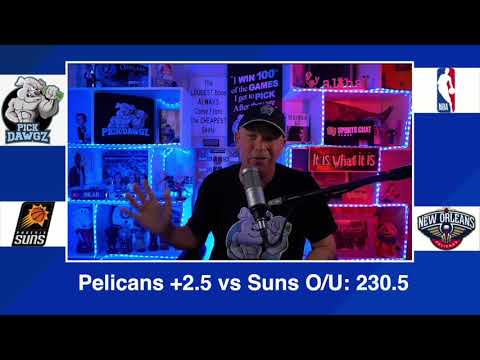