The Denver Nuggets and the Cleveland Cavaliers duke it out at the Rocket Mortgage Fieldhouse on Friday night.

The Denver Nuggets have been in a bit of a rut lately as they’ve lost five of their last eight games and they will be hoping to stop a two-game skid after falling short against the Wizards in a 130-128 road loss on Wednesday. Jamal Murray led the way with 35 points, nine rebounds and six assists on 13 of 25 shooting, Nikola Jokic added 33 points with seven rebounds and nine assists while Michael Porter Jr. and Frank Campazzo each scored 14 points. As a team, the Nuggets shot 52 percent from the field and 17 of 38 from the 3-point line as they squandered an early 20-point lead, before losing just before the buzzer as the Wizards’ Bradley Beal made the game-winning free throws with just 0.1 seconds remaining.

Meanwhile, the Cleveland Cavaliers have been in a serious slump as they’ve lost 10 of their last 11 games and they will be hoping to snap an eight-game skid after getting blown out by the Warriors in a 129-98 road loss on Monday. Collin Sexton led the team with 23 points and five assists, Darius Garland added 16 points on six of 20 shooting while Cedi Osman chipped in with 17 points and 10 rebounds. As a team, the Cavaliers shot just 38 percent from the field and eight of 30 from the 3-point line as they hung in the contest early with 32 points in the first quarter, before getting blown out in the second half where they looked completely outmatched. Andre Drummond sat out the game as the team looks for trade options while Taurean Prince sat out with a sore left ankle.

Paul Millsap remains out for the Nuggets, but the team is waiting for more test results before clearing him to play, while Prince is questionable for the Cavaliers. The Nuggets have been below their best lately, but they’re getting bigger contributions from Murray and will certainly turn things around sooner rather than later. The Nuggets have been in a funk lately as they’re coming into this one off two bad losses, but I think they start to turn things around with a much-needed win here. 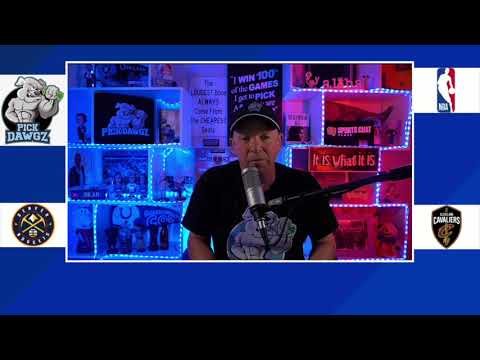