The Boston Celtics play host to Trae Young and the Atlanta Hawks once again at the TD Garden on Friday night.

The Atlanta Hawks have been in a slump lately as they’ve lost seven of their past nine games, but they will be feeling much better after snapping a four-game skid with a 122-114 road win over the Celtics on Wednesday. Trae Young led the team with 40 points and eight assists on 14 of 20 shooting, Clint Capela added 24 points with 13 rebounds on 10 of 13 shooting while John Collins chipped in with 20 points on six of nine shooting. As a team, the Hawks shot a sizzling 57 percent from the field and eight of 24 from the 3-point line, but it was their defense in the second quarter and their defense on the Celtics’ Jaylen Brown that was the difference in a close contest.

Meanwhile, the Boston Celtics have been struggling lately as they’ve lost five of their last seven games and they will be hoping to exact some revenge after Wednesday’s tough loss to the Hawks. Jayson Tatum led the way with 35 points and six assists on 11 of 21 shooting, Jaylen Brown struggled as he scored 22 points on six of 20 shooting while Tristan Thompson chipped in with 14 points on six of eight shooting. As a team, the Celtics shot just 46 percent from the field and 10 of 31 from the 3-point line as they got off to a nice start with 35 points in the first quarter, before struggling the rest of the way as they had no answer for the Hawks’ pick and roll, especially Young who torched them for an efficient 40 points.

Jaylen Brown is listed as questionable for this one with a sore left knee so the Celtics could be further shorthanded, while the Hawks will again be without Rajon Rondo who is out due to lower back soreness. I keep thinking that the Celtics are going to snap out of their funk with a big win, but they’ve struggled ever since Smart went down and I think the Hawks will be good enough to pull off the upset again. 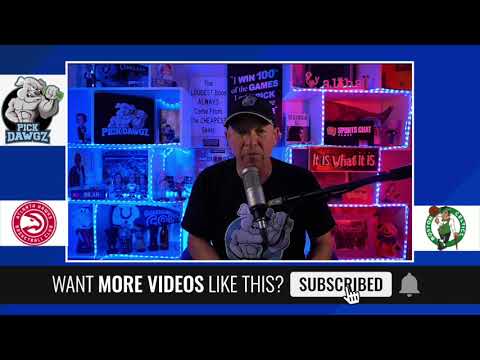