The Brooklyn Nets and Los Angeles Lakers meet Thursday in NBA action at the Staples Center.

The Los Angeles Lakers are going to be favored for obvious reasons, as they're at home and have LeBron. However, the Lakers have allowed a lot of subpar teams to hang around lately and now they're without AD. The Brooklyn Nets are one of the more talented teams in the league and you're not going to get them in the underdog role often the rest of the season. I'll take the free bucket with the Nets. 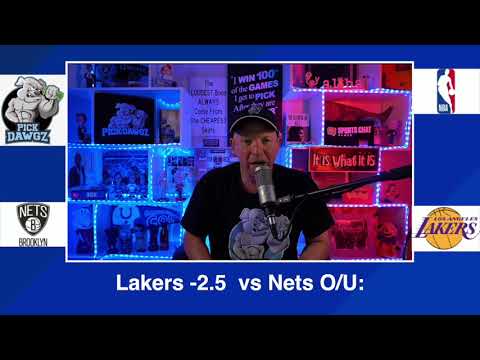