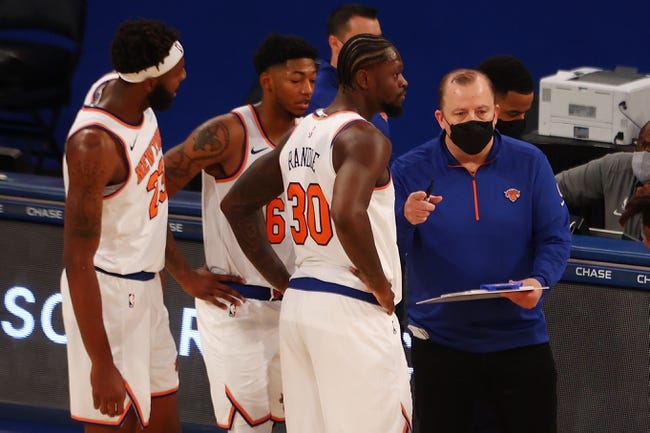 The Atlanta Hawks invade Madison Square Garden to do battle with the New York Knicks on Monday night.

The Atlanta Hawks have been in a real slump lately as they’ve lost six of their last seven games and they will be hoping to snap a three-game skid after getting stopped by the Pacers in a 125-113 home loss on Saturday. Clint Capela led the team with 24 points and 10 rebounds on 12 of 17 shooting, Danilo Gallinari added 20 points off the bench, John Collins and Cameron Reddish each scored 18 points while Trae Young chipped in with 15 points and 14 assists. As a team, the Hawks shot 47 percent from the field and nine of 31 from the 3-point line as they looked to be in control of the game when they led by nine points early in the fourth quarter, before allowing the Pacers to win by double-digits in the end.

Meanwhile, the New York Knicks have been in decent form lately as they’ve won four of their past six games and they will be aiming for a third straight victory after blowing past the Rockets in a 121-99 home win on Saturday. Julius Randle led the team with 22 points and nine rebounds, Immanuel Quickley added 22 points on seven of nine shooting off the bench while Derrick Rose chipped in with 16 points off the bench. As a team, the Knicks shot 52 percent from the field and 12 of 28 from the 3-point line as they dominated the first half to lead by 16 points at halftime, before making it a blowout in the fourth quarter where they poured in 34 points.

Head to head, the Hawks are 0-4-1 ATS in the last five meetings overall.

Rajon Rondo has sat out on Saturday with lower back soreness and his status for Monday is uncertain and the same can be said for Tony Snell who has been dealing with right Achilles soreness. The Knicks will be without Mitchell Robinson for at least four weeks as he will undergo surgery to repair his fractured right hand. These two teams last met on Jan 4 and it was the Knicks who won by 113-108 and I’m expecting a similar result here. The Hawks are 0-4-1 ATS in the last five meetings overall and I think that trend continues as the Knicks get the win at home in this one. 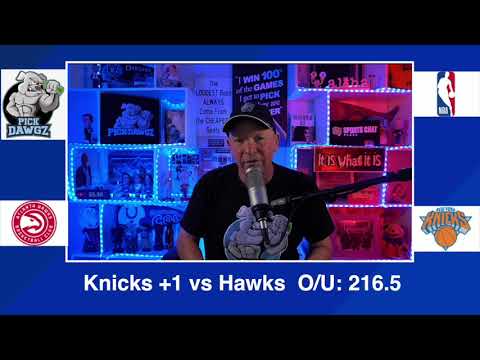