The San Antonio Spurs and Charlotte Hornets square off Sunday night in NBA basketball action at the Spectrum Center.

This game could go either way and a lot depends on which version of the Charlotte Hornets shows up. With that said, the San Antonio Spurs are a veteran bunch that's playing solid basketball and is much easier to trust. The Spurs are also 8-3 against the spread on the road this season and 3-0 against the spread when favored by less than three points. The Hornets are a tough team to figure out because of their youth. I'll back the Spurs. 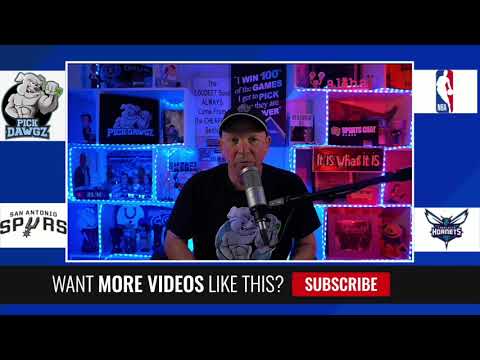