The Boston Celtics and Washington Wizards square off Sunday night in NBA basketball action at the Capital One Arena.

The Boston Celtics beat the Wizards last month by nine points and they win by an average of 6.5 points in the favorite role. The Washington Wizards are a team I've faded a lot this season because a lack of defense, and they're losing their last five games by an average of 17 points while shooting just 40 percent from the field. Early games are always weird and can be tricky. I'm still fading the Wizards. I'll lay the chalk with the Celtics. 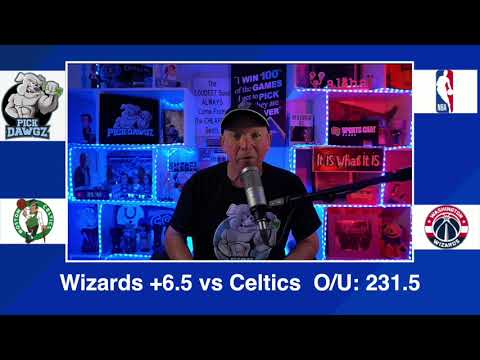