The Charlotte Hornets play host to the Minnesota Timberwolves at the Spectrum Center on Friday night.

The Minnesota Timberwolves have been in poor form lately as they've lost eight of their past 10 games and they will be hoping to avoid a fourth straight defeat after falling to the Clippers in a 119-112 home loss on Wednesday. Naz Reid led the team with 23 points on nine of 13 shooting off the bench, Karl-Anthony Towns added 18 points with 10 rebounds while Malik Beasley chipped in with 21 points. As a team, the Timberwolves shot 43 percent from the field and 15 of 41 from the 3-point line as they shot out of the gates with 32 points in the first quarter to lead by as many as 13 points early on, before getting rolled in the third quarter by 33-20 as they couldn't keep up the pace. D'Angelo Russell sat out the game with left leg soreness and has already been ruled out for Friday.

Meanwhile, the Charlotte Hornets have been in decent form as they've won five of their past eight games but they will be looking to bounce back after getting routed by the Grizzlies in a 130-114 road loss on Wednesday. Terry Rozier led the team with 34 points on 12 of 17 shooting, LaMelo Ball added 17 points with five assists while Gordon Hayward and Miles Bridges each scored 15 points. As a team, the Hornets shot a healthy 54 percent from the field and 14 of 29 from the 3-point line as they started hot with 68 points in the first half, before going ice-cold in the third quarter where they managed just 15 points to fall behind by as many as 23 points.

Head to head, the under is 5-2 in the last seven meetings in Charlotte.

The Timberwolves will be shorthanded once again as Russell has already been ruled out for this one, but they will like their chances with Towns back in the lineuo as he really gave the team a lift in the first half on Wednesday. The Hornets are the team in better form and they are 4-1-1 ATS in their last six home games. I think this should be a close one, but I'm sticking with the Hornets to get the win and cover here. 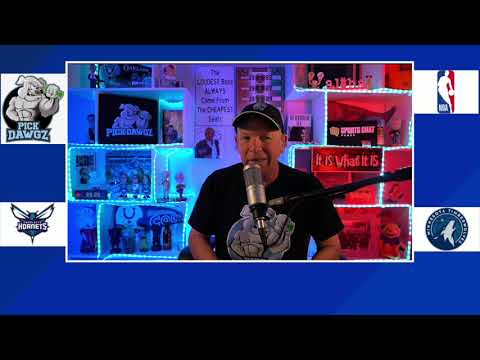