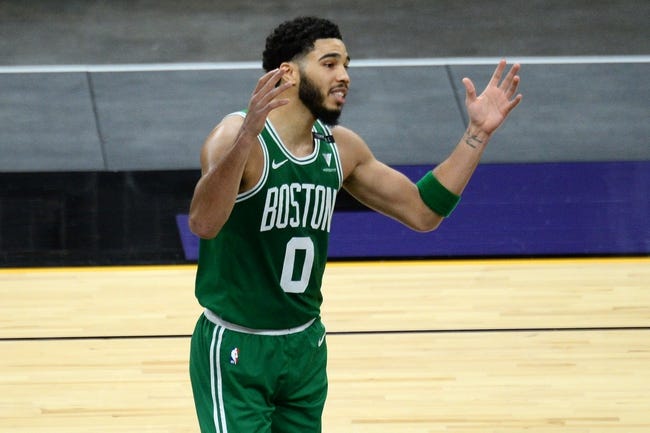 The Detroit Pistons pay a visit to the Boston Celtics at the TD Garden on Friday night basketball.

The Detroit Pistons have been in a serious slump as they've lost five of their last six games and they will be hoping to bounce back here after getting routed in last night's 111-95 home loss to the Pacers. Justin Jackson led the team with 18 points off the bench, Isaiah Stewart added 17 points while Blake Griffin chipped in with 16 points and six assists. As a team, the Pistons shot 44 percent from the field and a miserly five of 28 from the 3-point line as they tied the game at halftime with 33 points in the second quarter, before getting blown out by 59-43 in the second half as the Pacers ran riot behind 26 points from Domantas Sabonis.

Meanwhile, the Boston Celtics have been in a bit of a rut as they've lost five of their past eight games, but they will be looking to build some momentum after blowing past the in-form Raptors in a 120-106 home win last night. Semi Ojeleye led the team with 24 points on eight of 12 shooting, Kemba Walker added 21 points, Payton Pritchard scored 20 points off the bench while Jayson Tatum chipped in with 17 points. As a team, the Celtics shot 45 percent from the field and a sizzling 20 of 39 from the 3-point line as they set the tone with 66 points in the first half, before pulling away in the fourth quarter. Jaylen Brown shot just three of 14 from the field to finish with 10 points, but he racked up 10 assists.

The Pistons haven't been able to get anything going this season and their recent form doesn't look too good as they just got routed by the Pacers last night. The Celtics haven't been much better, but they're certainly a team on the rise and they'll be so much better once Marcus Smart is able to return. The line is a little hefty, but I just can't back the Pistons in their current state. Give me the Celtics to pull away and win this in a blowout.