The Cleveland Cavaliers and Portland Trail Blazers meet Friday in NBA action at the Moda Center.

The Cleveland Cavaliers are watching their season fall apart, and they're losing by an average of 21.8 points while allowing 54.7 percent shooting from the field during their five-game losing streak. The Portland Trail Blazers are on the end of a back to back, which isn't what you want when banged up, but they're playing their best ball of the season and last nights win over the 76ers adds a shot in the arm. The Cavaliers have little chance here in their current form. I'll lay the reasonable chalk with the Trail Blazers. 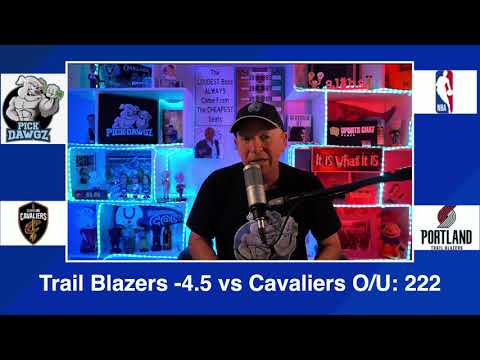