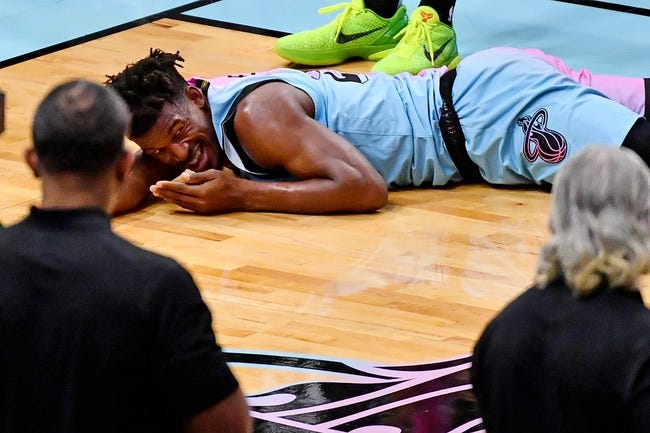 The Houston Rockets play host to the Miami Heat at the Toyota Center on Thursday night.

The Miami Heat have been in decent form lately as they've won four of their last six games and they will be looking to build on their current three-game win streak after taking down the Knicks in a 98-96 home win on Tuesday. Jimmy Butler led the team with 26 points, eight rebounds and 10 assists, Kelly Olynyk added 20 points on seven of 10 shooting while Bam Adebayo chipped in with 19 points. As a team, the Heat shot just 37 percent from the field and 14 of 33 from the 3-point line as they rallied behind their defense by holding the Knicks to just 14 points in the fourth quarter, erasing an eight-point deficit to escape with the much-needed win.

Meanwhile, the Houston Rockets have been in a bit of a rut lately as they've lost four of their last five games and they will be hoping to end a three-game skid after getting routed by the Pelicans in a 130-101 road loss on Tuesday. John Wall returned from a one-game absence to lead the team with 25 points and six assists, Eric Gordon added 23 points while Jae'Sean Tate chipped in with 13 points. As a team, the Rockets shot 41 percent from the field and 13 of 43 from the 3-point line, but they fell behind by 13 points at halftime, before getting blown out by 38-20 in the fourth quarter. DeMarcus Cousins had a night to forget as he scored just seven points on one of eight shooting while Danuel House Jr. shot four of 13 from the field. Victor Oladipo was rested on Tuesday but his status for Thursday is unclear.

Head to head, the over is 10-4 in the last 14 meetings in Houston and the Heat are 6-2 ATS in the last eight meetings overall.

Goran Dragic has already been ruled out for the Heat so they will be shorthanded once again, but they've found a groove with three straight wins and they're only going to improve as players return. The Rockets are in a funk as they've lost three straight and their last two have been absolute blowouts. This should be a close one, but based on form I have to go with the Heat with the line so short.