The Indiana Pacers and Detroit Pistons meet Thursday in NBA action at the Little Caesars Arena.

The Indiana Pacers are on the end of a back to back, and that's not what you want to see from a struggling team that's lost four straight and is getting torched defensively during this stretch. The Detroit Pistons aren't a team I've backed a lot this season, but they had a decent road trip and took the Lakers to overtime while beating the Nets. In fact, the same Nets that lit the Pacers on fire last night. I'd take a stab with the Pistons and the free points. 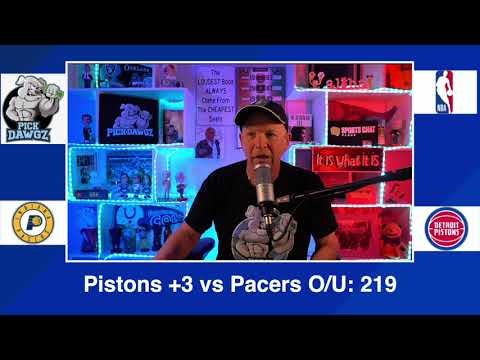