The New York Knicks pay a visit to the Miami Heat at the American Airlines Arena on Tuesday night.

The New York Knicks have been in decent form lately as they've split their last six games, but they will be hoping to bounce back after falling just short against the Heat in a 109-103 home loss on Sunday. Julius Randle led the team with 26 points, 13 rebounds and seven assists on 10 of 18 shooting, Reggie Bullock added 21 points while Alec Burks chipped in with 13 points off the bench. As a team, the Knicks shot 44 percent from the field and 16 of 42 from the 3-point line as they hung with the Heat in a close contest until late in the fourth quarter where the Heat were able to slip away behind the play of Jimmy Butler. Elfrid Payton had a rough night as he scored just seven points on three of 12 shooting while RJ Barrett finished with just three points on one of six shooting.

Meanwhile, the Miami Heat are finally starting to build some momentum after a slow start to the season as they've won three of their last five games and they will be aiming for a third straight win after Sunday's narrow win over the Knicks. Bam Adebayo led the team with 24 points, 11 rebounds and five assists, Jimmy Butler added 17 points with 10 rebounds and nine assists while Kendrick Nunn and Tyler Herro each scored 16 points. As a team, the Heat shot 48 percent from the field and 13 of 35 from the 3-point line as they squandered a 10-point lead, before rallying behind Adebayo and Butler down the stretch to escape with the much-needed win.

Head to head, the Knicks are 1-5 ATS in the last six meetings overall.

Goran Dragic sat out on Sunday with an ankle sprain and he is questionable for Tuesday, so the Heat will likely be shorthanded once again, but they got plenty of service from Nunn and Herro on Sunday. The Knicks were riding a two-game win streak before getting stopped by the Heat, so they will be out for revenge here, but they only had three players finish in double figures in scoring on Sunday, compared to the Heat's six players. The Heat's depth really stood out in Sunday's contest and I think it will be more of the same here as the Knicks just don't have many reliable weapons other than Randle. With that being said, I'm expecting another close contest, but this time I think the Heat win by a bigger margin at home. 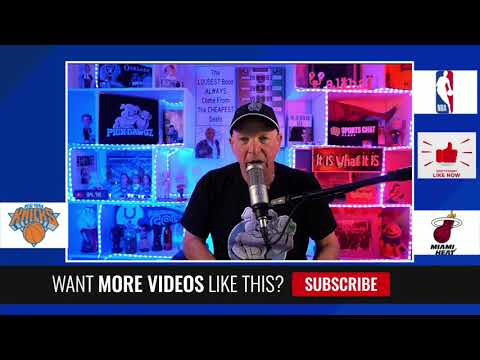