The New Orleans Pelicans play host to the Houston Rockets at the Smoothie King Center on Tuesday night.

The Houston Rockets have won seven of their past 10 games, but they will be hoping to avoid a third straight defeat after last night's 119-94 loss to the Hornets. Victor Oladipo led the team with 21 points and six assists, Ben McLemore added 15 points off the bench while Daniel House Jr. and Jae'Sean Tate each scored 13 points. As a team, the Rockets shot just 40 percent from the field and 13 of 47 from the 3-point line as they hung in the contest before going ice-cold in the fourth quarter where they scored just seven points to finish in a blowout.

Meanwhile, the New Orleans Pelicans have quietly been in pretty good form lately as they've won five of their past seven games and they will be gunning for a fourth straight victory after taking down the Grizzlies in a 118-109 home win on Saturday. Zion Williamson led the team with 29 points and five assists on 10 of 14 shooting, Brandon Ingram added 27 points with 12 rebounds and three assists, Eric Bledsoe scored 21 points with five assists while Lonzo Ball chipped in with 16 points and seven assists. As a team, the Pelicans shot 51 percent from the field and 15 of 33 from the 3-point line as they trailed by seven points midway through the fourth quarter, before closing the game on a 23-7 run to win easily after a hard contest.

Christian Wood remains out, but both Eric Gordon and John Wall are expected to return to the lineup after being rested last night. The Pelicans have been flying under the radar, but they're coming into this one with plenty of momentum, so they're deserved favorites at home. However, the Rockets will be frustrated with how they finished last night's game and they will have two of their best players back in the lineup, so I'm expecting the Rockets to pull off the minor upset here. 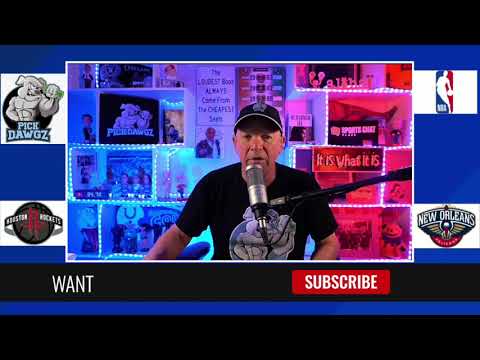