The Oklahoma City Thunder and Los Angeles Lakers square off Monday night in NBA basketball at the Staples Center.

The Oklahoma City Thunder are 8-3 against the spread on the road this season, but they're also 1-3 against the spread as a double-digit underdog. The Thunder just lost to the Lakers by 29 points less than a month ago. The Los Angeles Lakers are winning at home by an average of 7.9 points while shooting 50.1 percent from the field, and they should be a little more focused this time out after the Pistons took them to double overtime. I'm not confident the Thunder can stay in this game. I'll lay the chalk. 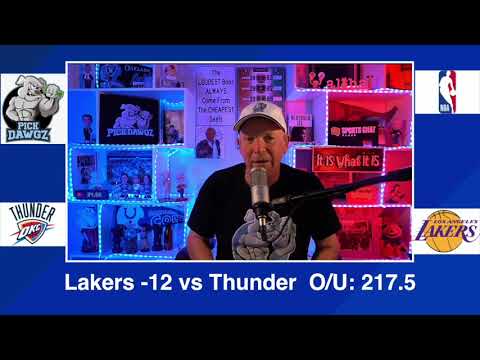