The Milwaukee Bucks and Denver Nuggets square off Monday night in NBA basketball at the Ball Arena.

The Denver Nuggets have some injuries to their roster and they continue to be shaky defensively. The Milwaukee Bucks are playing some of their best ball of their season, which includes winning their last five games by an average of 15.8 points while shooting 51.4 percent from the field. I can understand why the Bucks are favored. However, we're getting free points with a contender at home that still its best two players on the court. Hard for me to turn down the Nuggets here. 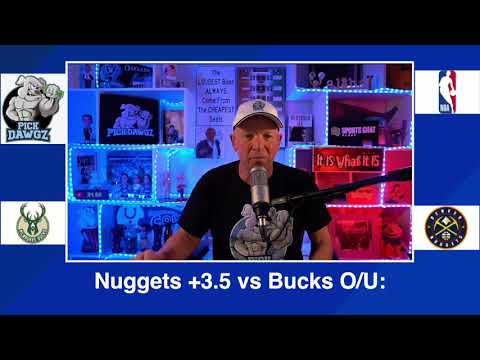