The Washington Wizards have been in a slump lately as they’ve lost nine of their past 12 games and they will be hoping to bounce back after getting routed by the Heat in a 122-95 road loss on Friday. Alex Len led the team in scoring with 18 points and five blocks off the bench, Russell Westbrook added 13 points while Rui Hachimura chipped in with 12 points on four of 13 shooting. As a team, the Wizards shot just 37 percent from the field and eight of 33 from the 3-point line, but they came out flat to start the game and were always fighting an uphill battle after falling behind by 28 points going into halftime. Bradley Beal has been a rock for the Wizards this season, but he was held to a season-low seven points on one of 14 shooting.

Meanwhile, the Charlotte Hornets have been in a rut of their own as they’ve lost eight of their past 12 games and they will be hoping to avoid a third straight defeat after falling to the Jazz in a 138-121 home loss on Friday. LaMelo Ball led the team with a career-high 34 points with eight assists on 14 of 27 shooting, Gordon Hayward added 25 points with 10 rebounds and five assists while Terry Rozier chipped in with 15 points and five assists. As a team, the Hornets shot 46 percent from the field and 11 of 35 from the 3-point line as they fell behind by 15 points at halftime following a nightmare of a second quarter, before allowing another 69 points in the second half as they had no answer for the Jazz who drained a ridiculous 26 3-pointers.

Devonte Graham and PJ Washington are both listed as questionable for Sunday, so the Hornets could very well be shorthanded once again, but it might not matter against the slumping Wizards who will be low on confidence after getting routed on Friday. The Wizards could easily pull off the upset if Westbrook and Beal get going, but I think the Hornets can get the job done here and they represent decent value as the home underdog in this spot. 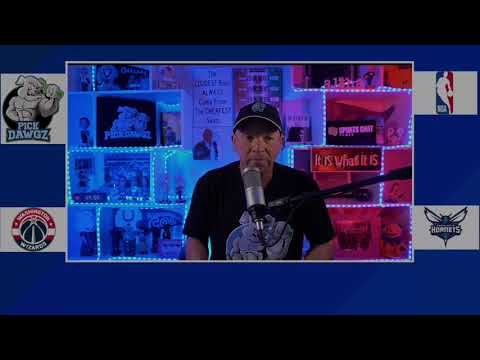