The Chicago Bulls invade the Amway Center to do battle with the Orlando Magic once again on Saturday night.

The Chicago Bulls have been in a serious slump lately as they’ve lost five of their last six games and they will be hoping to avoid a third straight defeat after last night’s 123-119 road loss at Orlando. Zach LaVine led the team with 26 points and eight assists, Patrick Williams added 20 points on seven of 11 shooting, Coby White scored 16 points while Thaddeus Young chipped in with 15 points. As a team, the Bulls shot 47 percent from the field and nine of 30 from the 3-point line as they suffered a slow start and fell behind by as many as 14 points, before rallying in the fourth quarter to tie the game with 1:35 left in the game, until they went ice-cold to allow the Magic to escape with the win.

Meanwhile, the Orlando Magic have been struggling for a while now as they’ve lost 10 of their past 13 games, but they will be feeling pretty good after snapping a four-game skid with last night’s narrow win over the Bulls. Nikola Vucevic led the team with 43 points, 19 rebounds and four assists, Evan Fournier added 20 points while Cole Anthony chipped in with 17 points and nine assists. As a team, the Magic shot 51 percent from the field and 11 of 27 from the 3-point line as they took control of the game with 66 points in the first half, before escaping on free throws after squandering a 14-point lead.

The Bulls will be disappointed with last night’s performance as they worked so hard to come back from a big deficit, only to go ice-cold in the final minute when it mattered most. The Magic have been struggling for form all season, but they looked like a different team last night, especially Vucevic who exploded for 43 points last night. It’s always tough to beat the same team twice in a row and the Bulls are 6-1 ATS in their last seven road games, so I’m taking LaVine and company to bounce back here with a narrow win. 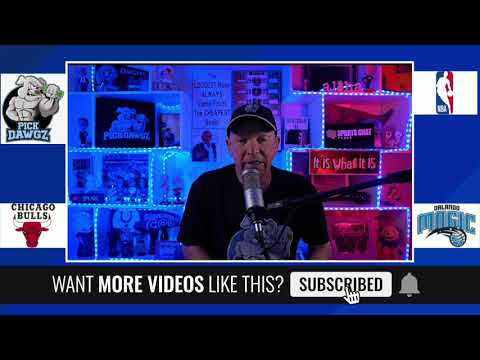