The Brooklyn Nets play host to the Toronto Raptors at the Barclays Center on Friday night.

The Toronto Raptors have won seven of their past 11 games and they will be aiming for a third straight win after making light work of the Magic in a 123-108 road win on Tuesday. Fred VanVleet drained 11 3-pointers to lead the team with a career-high 54 points, Norman Powell added 23 points on seven of 15 shooting while Kyle Lowry chipped in with a triple-double of 14 points with 10 rebounds and 10 assists. As a team, the Raptors shot 48 percent from the field and 20 of 45 from the 3-point line as they rode the hot hand of VanVleet and cruised to victory after taking control in the third quarter.

Meanwhile, the Brooklyn Nets have been in great shape lately as they’ve won five of their past six games and they will be looking to stay hot after outlasting the red-hot Clippers in a 124-120 home win on Tuesday. Kyrie Irving led the way with a season-high 39 points on 15 of 23 shooting, Kevin Durant added 28 points on 11 of 13 shooting while James Harden racked up a triple-double of 23 points with 11 rebounds and 14 assists. As a team, the Nets shot a sizzling 57 percent from the field and 13 of 31 from the 3-point line as they trailed for most of the game, before taking control late with a pivotal 13-0 run late to escape with the win.

The Raptors really struggled to get going at the start of the season, but they look to be in a groove now as they will be looking to stay hot after blowing past the Magic on Tuesday. VanVleet was on fire on that occasion as he dropped a career-high 54 points, but the Raptors will need to be as good in this one against the Nets who have been on a tear lately. I wanted to take the Raptors in this spot, but I don’t feel we’re getting enough points here, so I’m sticking with he new-look Nets to maintain their momentum with a win and cover here. 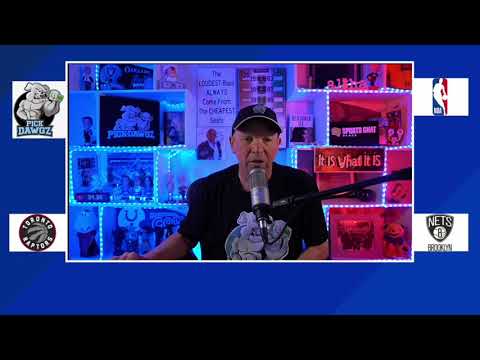