The New Orleans Pelicans pay a visit to the Indiana Pacers at Bankers Life Fieldhouse on Friday night.

The New Orleans Pelicans have been in decent form lately as they’ve won three of their past five games and they will be looking to stay hot after blowing past the Suns in a 123-101 home win on Wednesday. Zion Williamson led the team with 28 points, seven rebounds and six assists on 12 of 14 shooting, Brandon Ingram added 23 points with six assists while Lonzo Ball chipped in with 18 points. As a team, the Pelicans shot 51 percent from the field and 14 of 33 from the 3-point line as they led by just two points at halftime, before taking over in the second half where they exploded for 75 points.

Meanwhile, the Indiana Pacers have been in decent shape as they’ve split their last eight games and they will be hoping to bounce back here after getting routed by the Bucks in a 130-110 road loss on Wednesday. Domantas Sabonis led the team with 33 points, 12 rebounds and six assists, Jrue Holiday added 15 points while Malcolm Brogdon chipped in with 12 points on five of 17 shooting. As a team, the Pacers shot 45 percent from the field and 11 of 34 from the 3-point line as they struggled out of the gates and fell behind by 18 points at halftime, before getting completely blown out in the third quarter where they allowed 38 points to trail by as many as 40 points.

The Pelicans were in a major slump before winning three of their last five games and they looked impressive in their dominant win over the Suns, especially Williamson who had one of his best games of the season. The Pacers are the more consistent team, but they will be low on confidence after getting destroyed by the Bucks in their last outing. The Pelicans are 8-2 ATS in the last 10 meetings overall, but with the line so short, I’m sticking with the more reliable Pacers to bounce back into form with a win here behind a big game from Brogdon. 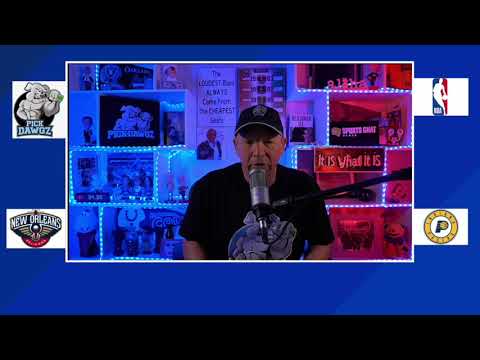