The Milwaukee Bucks and the Cleveland Cavaliers duke it out at the Rocket Mortgage FieldHouse on Friday night.

The Milwaukee Bucks haven’t been at their absolute best lately as they’ve split their last eight games, but they will be gunning for a third straight blowout win after taking down the Pacers in a 130-110 home win on Wednesday. Giannis Antetokounmpo led the team with a triple-double of 21 points with 14 rebounds and 10 assists, Bryn Forbes scored 20 points, Bobby Portis added 18 points while Donte DiVincenzo chipped in with 16 points. As a team, the Bucks shot 47 percent from the field and 21 of 48 from the 3-point line as they dominated right from the start and led by as many as 40 points before resting their starters early.

Meanwhile, the Cleveland Cavaliers have been in a slump as they’ve lost five of their past seven games and they will be hoping to bounce back here after getting routed by the Clippers in a 121-99 home loss on Wednesday. Collin Sexton led the team with 27 points and five assists, Darius Garland added 23 points on 11 of 18 shooting while Andre Drummond chipped in with 13 points. As a team, the Cavaliers shot 44 percent from the field and just four of 10 from the 3-point line as they fought back in the second quarter after a slow start to the game, only to get blown out in the second half by 69-50 as they had no answer for the Clippers’ Paul George who drained eight 3-pointers to finish with 36 points.

The Bucks have had their struggles this season, but they look to be in great form now as their last two games resulted in blowout wins over solid teams in the Trailblazers and the Pacers. The Cavaliers have been travelling nearly as well and they could be low on confidence after getting routed by the Clippers on Wednesday. The Bucks are 4-1 ATS in the last five meetings overall and I think they will stay hot with another big win in this one as the Cavaliers’ struggles continue. 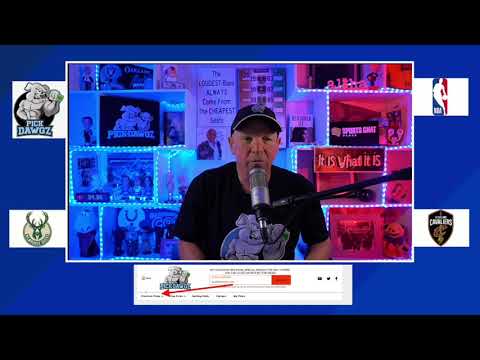