The Chicago Bulls invade the Amway Center to do battle with the Orlando Magic on Friday night.

The Chicago Bulls have been in a slump lately as they’ve lost four of their last five games and they will be hoping to bounce back after falling short to the Knicks in a 107-103 home loss on Wednesday. Zach LaVine led the team with 24 points and seven assists on 10 of 21 shooting, Thaddeus Young added 19 points and five steals off the bench while Coby White and Danzel Valentine each scored 13 points. As a team, the Bulls shot 48 percent from the field and just six of 36 from the 3-point line as they trailed by as many as 19 points, before going on a ferocious rally that would come up just short.

Meanwhile, the Orlando Magic have been in a major slump as they’ve lost 12 of their past 14 games and they will be hoping to snap a four-game skid after getting routed by the Raptors in a 123-108 home loss on Tuesday. Nikola Vucevic led the team with 21 points, 18 rebounds and four assists, Evan Fournier added 21 points while Cole Anthony chipped in with 16 points on seven of 12 shooting. As a team, the Magic shot 46 percent from the field and 14 of 38 from the 3-point line as they hung in the tight contest until the third quarter where they fell behind by double digits thanks largely to the Raptors’ Fred VanVleet who torched them for 54 points. 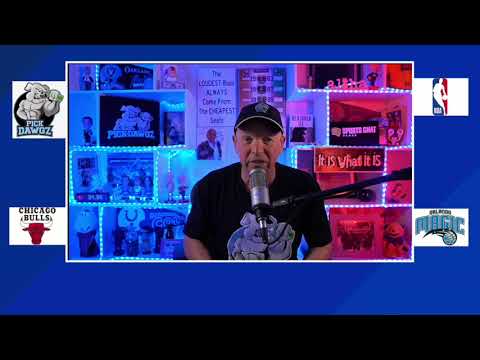