The Golden State Warriors and the Dallas Mavericks duke it out at the American Airlines Center on Thursday night.

The Golden State Warriors have been in decent form lately as they’ve won three of their past five games, but they will be hoping to bounce back here after falling just short against the Celtics in a 111-107 home loss on Tuesday. Stephen Curry led the way with 38 points with 11 rebounds and eight assists, Juan Toscano-Anderson added 16 points off the bench while Andrew Wiggins chipped in with 15 points. As a team, the Warriors shot 45 percent from the field and 15 of 37 from the 3-point line as they squandered an early 11-point lead, before going ice-cold at the worst time as they fought hard to tie the game midway through the fourth quarter, before allowing the Celtics to steal the game with a pivotal 10-0 run during a 2:07 stretch.

Meanwhile, the Dallas Mavericks have been in terrible form lately as they’ve lost nine of their past 12 games, but they will be feeling much better after arresting a six-game skid with last night’s 122-116 road win over the Hawks. Luka Doncic led the team with 27 points, eight rebounds and 14 assists, Kristaps Porzingis added 24 points with 11 rebounds while Tim Hardaway Jr. chipped in with 22 points on eight of 15 shooting off the bench. As a team, the Mavericks shot 46 percent from the field and 13 of 40 from the 3-point line as they struggled early in the contest and fell behind at halftime, before taking over with 69 points in the second half.

The Warriors are already without James Wiseman and they just lost Kevon Looney to an ankle sprain, so they will be shorthanded in the front court for this one. The Mavericks have been struggling lately, but they will take plenty of confidence from last night’s win over the Hawks and they should be able to get a lot of points inside the paint in this matchup. The Mavericks are 7-0 ATS in the last seven meetings overall and I think that trend continues as the Mavericks get the win here. 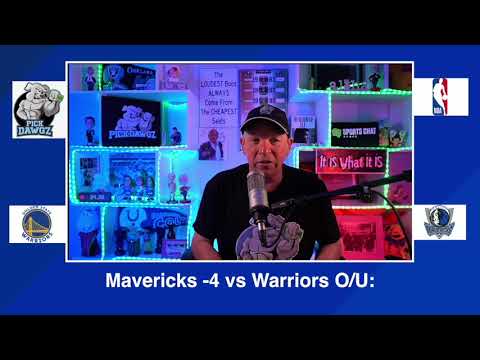