The Washington Wizards and Miami Heat meet Wednesday in NBA action at the AmericanAirlines Arena.

I don't want to back the Washington Wizards as much as the next guy, especially on the end of a back to back. However, the Heat look like garbage right now and just blew a 10 point lead in three minutes against the Hornets. The Heat don't defend the three and they're not scoring a whole lot. Until the Heat prove they have flipped the switch, I'm not trying to make excuses for them or lay big chalk. It's Wizards and the points or pass for me. 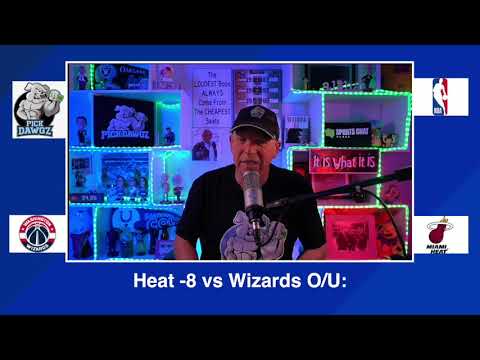