The Milwaukee Bucks play host to the Indiana Pacers at the Fiserv Forum on Wednesday night.

The Indiana Pacers have been in decent shape lately as they’ve won four of their past seven games and they will be looking to stay hot after last night’s 134-116 home win over the streaking Grizzlies. Domantas Sabonis led the team with 32 points, 13 rebounds and five assists, Malcolm Brogdon added 23 points with seven assists, Myles Turner scored 22 points with 11 rebounds and five blocks while Jeremy Lamb chipped in with 19 points. As a team, the Pacers shot a sizzling 59 percent from the field and 16 of 29 from the 3-point line as they exploded for 70 points in the first half to lead by as many as 28 points, before cruising in the second half.

Meanwhile, the Milwaukee Bucks have been in a bit of a rut as they’ve lost four of their last seven games, but they will be looking to stay hot after stopping a two-game skid with a dominant 134-106 win over the Trailblazers on Monday. Jrue Holiday led the team with 22 points and six assists, Giannis Antetokounmpo added 18 points with six assists while Bobby Portis chipped in with 21 points on nine of 13 shooting off the bench. As a team, the Bucks shot a healthy 55 percent from the field and 21 of 42 from the 3-point line as they set the tone with 46 points in the first quarter, before putting the game out of reach by halftime where they led by 23 points.

The Pacers will be feeling pretty good after destroying the red-hot Grizzlies last night, but they would love to go one better and get a win over the Bucks in this one. However, while the Bucks haven’t been at their best, they were still good enough to blow out the Trailblazers in their last outing and they have the advantage of extra rest here. This should be a close one, but the Pacers are 1-5 ATS in the last six meetings overall and I think that trend continues as the Bucks get the win here. 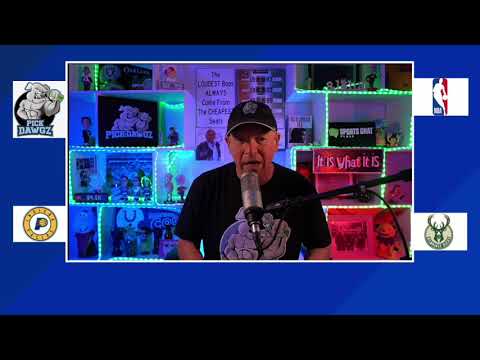