The Portland Trail Blazers and Washington Wizards meet Tuesday in NBA action at the Capital One Arena.

The injuries continue to pile up for the Portland Trail Blazers and they're on the end of a back to back, so I can understand why some are down on them right now. However, the Washington Wizards are one of the worst teams in the league and don't play a lick of defense. In their last five games, the Wizards are losing by an average of 14 points while allowing 49.1 percent shooting from the field. The Wizards shouldn't be favored against anybody. Give me the free bucket. 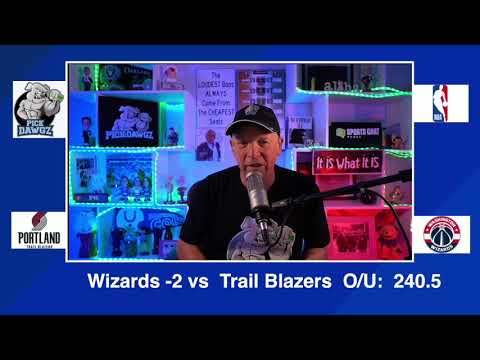