The Detroit Pistons are a team I've pretty much faded all season and it's worked out up to this point. The Pistons lose by an average of 8.8 points on the road while allowing 51 percent shooting from the field. The Utah Jazz remain the hottest team in the league and have been covering these wins as well. The Jazz are winning their last five games by an average of 10.6 points. If it's not broken, don't fix it. I'll lay the chalk with the Jazz. 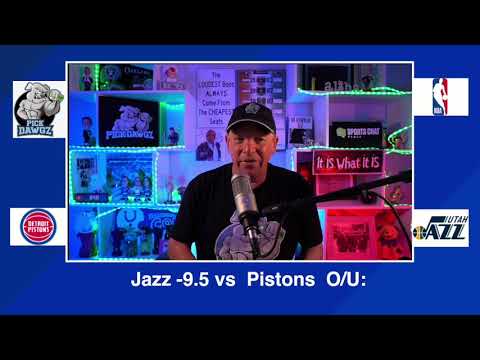