The Minnesota Timberwolves pay a visit to the Cleveland Cavaliers at the Rocket Mortgage Fieldhouse on Monday night.

The Minnesota Timberwolves have been in terrible form this season as they’ve lost 14 of their first 19 games, but they will be looking to build some momentum after putting a halt to a three-game skid with a 109-104 win over the Cavaliers last night. Malik Beasley and Anthony Edwards each scored 23 points, while D’Angelo Russell added 19 points with five assists. As a team, the Timberwolves shot 45 percent from the field and 16 of 40 from the 3-point line as they rallied back from an early 12-point deficit, before turning the screws defensively in the second half where they held the Cavaliers to just 43 points.

Meanwhile, the Cleveland Cavaliers have been in a bit of a rut lately as they’ve lost four of their last five games and they will be hoping to avoid a third straight loss after last night’s loss to the Timberwolves. Andre Drummond led the team with 25 points, 22 rebounds and four assists, Darius Garland added 17 points with five assists while Collin Sexton chipped in with 16 points. As a team, the Cavaliers shot 48 percent from the field and a miserly four of 16 from the 3-point line as they started hot and looked be dominating until the Timberwolves flipped the game on its head after the halftime break.

The Timberwolves will be feeling so much better after getting a much-needed win during this slump, but it’s always hard to beat the same team twice in a row. The Cavaliers are 4-1 ATS in their last five home games, Drummond had his way in the paint last night and the Cavaliers are the better team overall. The Timberwolves only just beat the Cavaliers who made just four 3-pointers and I don't see that happening again. With that being said, I'm taking the Cavaliers to get their revenge in this one. 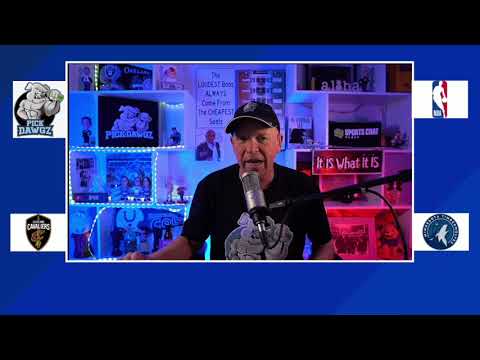