The Los Angeles Lakers pay a visit to the Atlanta Hawks at the State Farm Arena on Monday night.

The Los Angeles Lakers have been in great form as they’ve won nine of their past 12 games and they will be looking to stay hot after outlasting the Celtics in a thrilling 96-95 road win on Saturday. Anthony Davis led the team with 27 points, 14 rebounds and two assists, LeBron James added 21 points with seven rebounds and seven assists, Montrezl Harrell added 16 points on eight of 10 shooting while Dennis Schroder chipped in with 12 points and seven assists. As a team, the Lakers shot 44 percent from the field and nine of 31 from the 3-point line as they fought hard to take a 10-point lead in the fourth quarter, before escaping with the narrow win despite scoring just three points in the final 3:38.

Meanwhile, the Atlanta Hawks have been in pretty good shape themselves as they’ve won five of their last seven games and they will be looking to stay hot after blowing past the hapless Wizards in a 116-100 road win on Friday. Trae Young led the team with 41 points and five assists on 10 of 18 shooting, John Collins added 17 points while Clint Capela racked up 13 points with 14 rebounds, three assists and three blocks. As a team, the Hawks shot 44 percent from the field and 12 of 37 from the 3-point line as they set the tone with 61 points in the first half, before holding the wizards to just 21 points in the third quarter to lead by as many as 23 points in a one-sided affair. 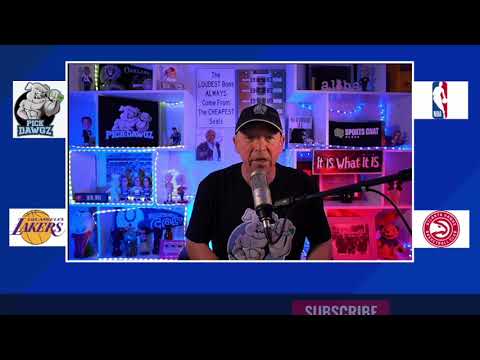