The Charlotte Hornets and the Miami Heat duke it out at the American Airlines Arena on Monday night.

The Charlotte Hornets have lost six of their past nine games, but they will be aiming for a third straight victory after blowing past the Bucks in a 126-114 home win on Saturday. Gordon Hayward led the team with 27 points on 10 of 22 shooting, LaMelo Ball scored a career-high 27 points with nine assists on eight of 10 shooting off the bench while Malik Monk chipped in with 18 points. As a team, the Hornets shot 47 percent from the field and a sizzling 21 of 44 from the 3-point line as they squandered an early 20-point lead, before escaping with the big win with an 18-4 run in the final 6:35.

Meanwhile, the Miami Heat have been in terrible form as they’ve lost nine of their past 12 games, but they will be feeling much better after arresting a five-game skid with a 105-104 win over the Kings on Saturday. Jimmy Butler led the team with 30 points, seven rebounds and eight assists in his return to the court, Bam Adebayo added 18 points with 13 rebounds and four assists, while Tyler Herro chipped in with 15 points. As a team, the Heat shot 46 percent from the field and 11 of 32 from the 3-point line as they rallied back from an early 11-point deficit, to lead by 11 points, before escaping with the narrow win behind their defense.

The Hornets look to have overcome the slump they were in as they’re now riding a two-game win streak after surging past the Bucks on Saturday. The Heat were have some real issues of their own, but their lineup certainly looks so much better with Butler back on the court. Terry Rozier is listed as questionable for this game with an ankle sprain, but I’m still taking the Hornets with the points in this one. 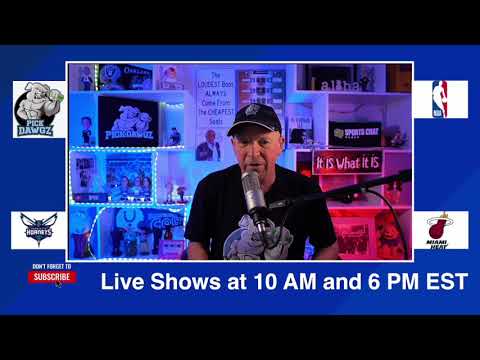