The Philadelphia 76ers and the Indiana Pacers duke it out at Bankers Life FieldHouse on Sunday night.

The Philadelphia 76ers have been in great form as they’ve won seven of their past nine games and they will be aiming for a third straight victory after making light work of the Timberwolves in a 118-94 road win on Friday. Joel Embiid led the team with 37 points, 11 rebounds and three assists in just 27 minutes of action, Tobias Harris added 17 points with 11 rebounds and two blocks, while Ben Simmons chipped in with 11 points and seven assists. As a team, the 76ers shot 44 percent from the field and eight of 16 from the 3-point line as they took a five-point lead into halftime, before dominating the contest the rest of the way as they outscored the Timberwolves by 65-46 in the second half.

Meanwhile, the Indiana Pacers have been in decent form as they’ve won three of their past five games, but they will be looking to bounce back after falling just short to the Hornets in a 108-105 road loss on Friday. Domantas Sabonis led the team with 22 points, 11 rebounds and six assists, Malcolm Brogdon added 21 points with eight assists while Myles Turner chipped in with 20 points, eight rebounds and two blocks. As a team, the Pacers shot 48 percent from the field and 11 of 35 from the 3-point line as they rallied back from an eight-point deficit late in the fourth quarter, only to go ice-cold in the final 3:05 where they were managed just five points to allow the Hornets to steal the game late.

We’re set for a good contest in this one as the 76ers have been in great form, while the Pacers have been solid despite missing two key players in TJ Warren and the newly acquired Caris LeVert. Embiid has been a rock for the 76ers, while Simmons and Harris have had their bright moments, but the 76ers are only 3-8 ATS in the last 11 meetings in Indiana. With that being said, I would be tempted to take the Pacers if I was getting enough points, but with the line so short, I’m sticking with the 76ers to maintain their momentum with another win and cover here behind a big game from Embiid. 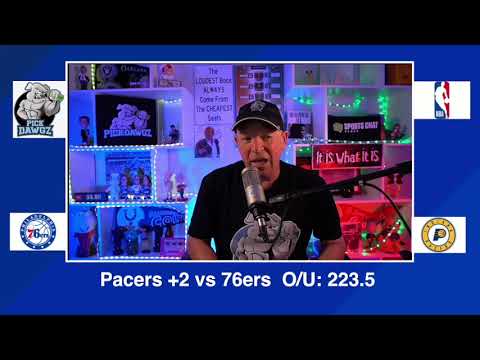