The Los Angeles Clippers pay a visit to the New York Knicks at Madison Square Garden on Sunday afternoon.

The Los Angeles Clippers have been in red-hot form lately as they’ve won nine of their past 10 games and they will be aiming for a third straight win after blowing past the Magic in a 116-90 road win on Friday. Paul George led the team with 26 points, nine rebounds and five assists, Kawhi Leonard added 24 points on eight of 15 shooting while Serge Ibaka and Marcus Morris Sr each scored 13 points. As a team, the Clippers shot 48 percent from the field and 13 of 37 from the 3-point line as they took control of the game with 36 points in the second quarter, before making it a complete blowout in the second half where they outscored the Magic by 54-42.

Meanwhile, the New York Knicks have been in decent form as they’ve won four of their past seven games and they will be looking to build some momentum after snapping a three-game skid with a 102-81 win over the Cavaliers on Friday. Isaiah Quickley led the team with 25 points on nine of 17 shooting off the bench, RJ Barrett added 24 points while Julius Randle chipped in with 16 points, eight rebounds and six assists. As a team, the Knicks shot 48 percent from the field and 10 of 27 from the 3-point line, but this win was about their defense as they held the Cavaliers to just 33 points in the first half while limiting them to just 34 percent shooting from the field.

Patrick Beverley will likely miss his fourth straight game with soreness in his right knee, but the Clippers have more than enough depth to cover for him in the short term. The Knicks have been streaky this season, but they’ve got wins over quality teams like the Bucks, Jazz and the Celtics, so they’re not the pushovers we’ve gotten accustomed to seeing in past seasons. With that being said, the Clippers are 6-1 ATS in the last seven meetings in New York and they’ve been on a tear lately overall, so I’m taking the Clippers to stay hot with another win and cover in this one. 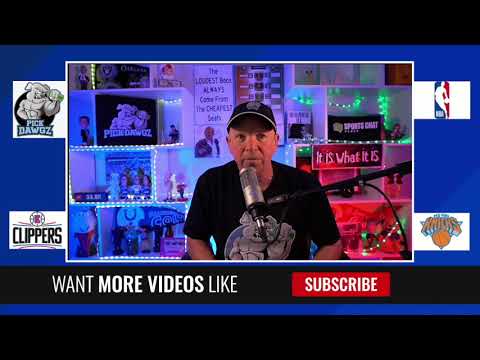