The Phoenix Suns and Dallas Mavericks meet Saturday in NBA action at the American Airlines Center.

The Phoenix Suns have the rest advantage, but they've cooled off after a hot start and they're not nearly as attractive without Booker in the lineup. The Dallas Mavericks are on the end of a back to back, but they're absolutely desperate for a win and they're better than what their struggles indicate. It's only a matter of time before the Mavs right the ship a bit. Against the Suns without their best player, this has to be the spot to do it. I'll lay the bucket. 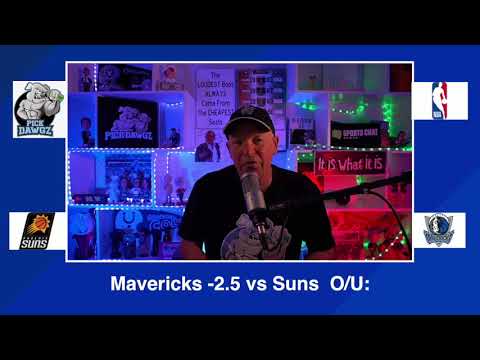