The Milwaukee Bucks and the Charlotte Hornets duke it out at the Spectrum Center on Saturday night.

The Milwaukee Bucks have won 11 of their first 18 games, but they will be looking to bounce back in this one after having their two-game win streak halted by the Pelicans in a 131-126 road loss last night. Giannis Antetokounmpo led the team with 38 points, 11 rebounds, five assists, two steals and two blocks, Jrue Holiday added 22 points with nine rebounds and five assists while Khris Middleton and Brook Lopez each scored 16 points. As a team, the Bucks shot 50 percent from the field and 13 of 35 from the 3-point line as they were sleepwalking to start the game and quickly found themselves trailing by 23 points at halftime, before coming up just short despite pouring in 81 points in the second half.

Meanwhile, the Charlotte Hornets have been in a bit of a slump lately as they’ve lost six of their past eight games, but they will be looking to build some momentum after last night’s 108-105 win over the Pacers. PJ Washington led the team with 19 points on seven of eight shooting, Terry Rozier added 19 points on seven of 12 shooting, LaMelo Ball racked up 16 points with six rebounds and seven assists off the bench while Devonte Graham chipped in with 14 points and 10 assists. As a team, the Hornets shot 50 percent from the field and 16 of 37 from the 3-point line as they trailed late in the fourth quarter, before closing the game on a 10-5 run to escape with the much-needed win.

The Bucks will be eager to atone for last night’s loss as they left themselves too much ground to make up after falling behind big at halftime against the Pelicans. The Hornets will take plenty of confidence from last night’s win over the in-form Pacers and they’ve been surprisingly good ATS when playing the Bucks who are 0-6 ATS in the last six meetings in Charlotte. I’m tempted to take the Hornets here, but I think the Bucks come out firing to avoid a repeat of last night's loss. Give me the Bucks to bounce back with a win and cover here. 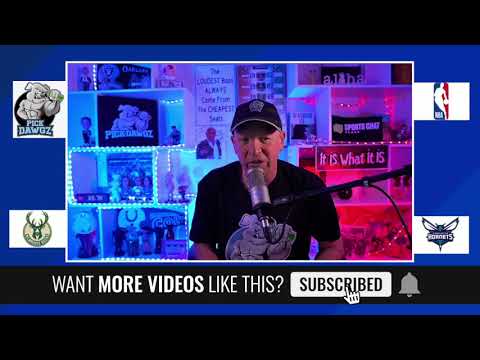