The Memphis Grizzlies and San Antonio Spurs meet Saturday in NBA action at the AT&T Center.

The Memphis Grizzlies were finding a rhythm the last time we saw them, but they haven't played in two weeks and it's fair to question what they're going to look like with such a long layoff. The San Antonio Spurs are one of the hotter teams in the league, and while they're on the end of a back to back, they're playing so well that I don't think it matters much. The Spurs probably want to play every night with how they have it going. I'll lay the buckets. 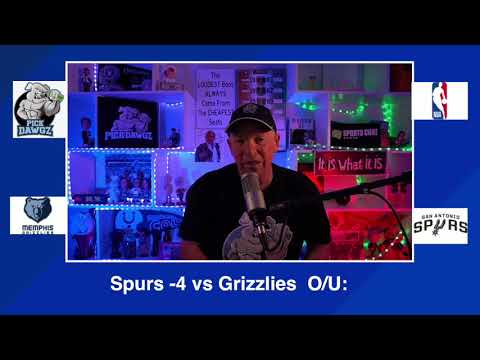