The Los Angeles Lakers and Boston Celtics meet Saturday in NBA action at the TD Garden.

The Los Angeles Lakers have run into a bit of a rough patch with a couple of bizarre losses and AD is questionable for this contest. However, the Celtics haven't been so hot over the last couple of weeks and they're still working their way back from their COVID-19 situation. What we do know about these Lakers since LeBron has joined the franchise is that they don't let losses get out of hand. Throw in the rivalry, and I expect the Lakers to show up and leave with a victory. We also can't ignore that we don't get the Lakers with these lines often. I'll lay the bucket. 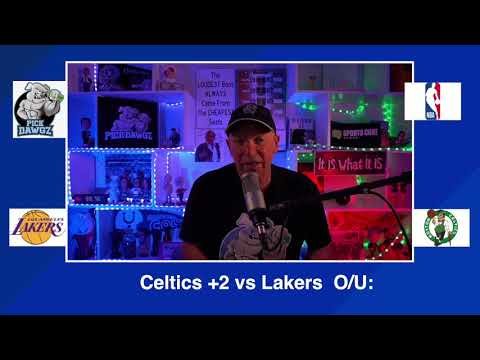